Paris Attacks: How to React?

I wrote the following text only a couple of hours after the tragic attacks occurred in Paris, last Friday.

I write these lines quickly, with a lump in my throat. I am struck. France, my country, has been severely hit this year.

Between the attacks on Charlie Hebdo, multiple other attempts including that recent train attack and now this unprecedented massacre which took place yesterday in the streets of the capital… what are we to think?

As Christians, how should we react, after these attacks?  By what thoughts should we be guided?

Why these attacks?  Why these horrible murders?  Why did God, in his sovereignty, decree such things?  These are the legitimate questions that we may  ask.

However, God’s sovereignty and his absolute supremacy over all of our circumstances are very real.

In the midst of this nightmare, the main questin we should be pondering is, “What do you want to teach us, Lord?”

2- PEOPLE ARE DYING IN FRANCE

Our society desperately tries to remove any reference to the reality of death and the suffering related.  All thoughts on nearing death and the dignity of people in that situation are driven by the desire to restrict death to a single event which happens to other people, not to us.

Man, unable to conquer death, seeks to ignore it.

These attacks are a dramatic reminder that death is a reality, even in our very « protected » Western countries.

Many worry about preparing for the last stages of their life.  It is much wiser to seek to prepare for their death, for “it is appointed for man to die once, and after that comes judgment” (Hebrews 9:27).

How many of the victims of yesterday’s attacks were ready to meet their God ?

3- A MESSAGE TO OUR SECULARISM

The terrorists who hit France yesterday were not simply trying to take lives.  By such actions, most of them believe they are serving God.

Christ himself warned his disciples, “the hour is coming when whoever kills you will think he is offering service to God” (John 16:2).

Our intervention in Syria and Iraq, all the fine words on integration and pluralism, and even more generally all the government actions we have taken will not put an end to the ideology which directed these killings.

It is the limits of our secular thoughts which were exposed tonight…  Do you want to see this heinous vision of the world diminish, and ultimately end?  The only solution is the Gospel.

4- THE WORSE IS STILL TO COME

The victims of last night’s attacks met a terrible end. While some died immediately, others slowly agonized before passing. Not to mention those who were cowardly killed as they laid on the floor, in the concert hall of the Bataclan theatre….

However, as sobering as their deaths were, none of their suffering is comparable to that which the damned will experience in hell.

The Bible uses metaphorical language to describe it, speaking of  a place where “the worm does not die” and “the fire is never quenched.”  The permanent and continuous nature of these sufferings is clearly expressed in the teachings of Christ himself (Mark 9:47-48).

The terrorist threats plaguing our country must be taken seriously.  But how much more seriously should we take the solemn biblical warnings about hell.

5- WE ARE IN A TIME OF URGENCY

These attacks remind us that we can be taken away from this world in an instant. Which victim in the French stadium, in Charonne Street, or in the Bataclan theatre would have believed that they would lose their life, when they went out on a Friday night?

You too will be leaving this world sooner or later, maybe suddenly, like the apostle Peter (2 Peter 1:14).

Are you ready for this day? And if you are, do you feel the urgency of the situation?

Christ himself warns us: these attacks, as serious as they are, serve to remind us of the urgent need for men to repent (Luke 13:3-5).

More than ever, while our country is targeted by determined terrorists, we should desire for every one of our countrymen to have a perfect knowledge of Jesus Christ, and we should act intentionally to help make it a reality.

Yesterday’s attacks, as shocking they are, are telling us something important: that we should wake up. 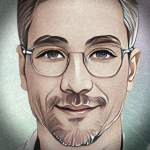